This Week in Fandom, Volume 52 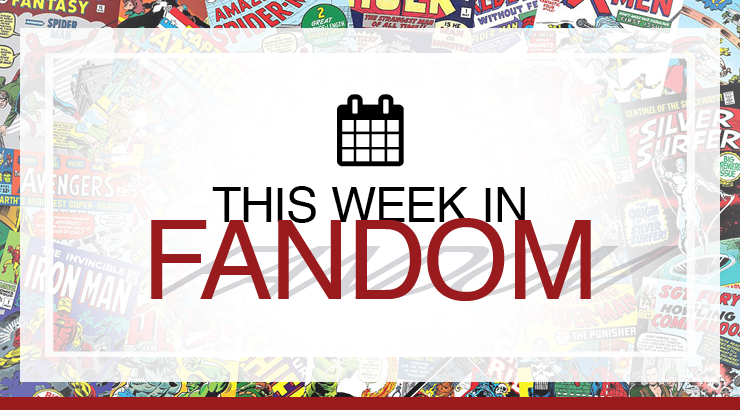 Welcome to This Week in Fandom, the OTW’s roundup of things which are happening! Before we start, did you hear that “stan” has been added to the Oxford English Dictionary? As both a noun and a verb!

The big story of the week is the Wonder Woman movie and its success. It has a 93% fresh score on Rotten Tomatoes, it grossed US$103 million in the US on its opening weekend, plus US$125 million in other countries, which is a box office record for a female-directed film. I’m not even going to touch on what mainstream news outlets have to say about the movie, because the fans have it all covered.

There's a generation of girls growing up right now where Wonder Woman is their first superhero, Rey is a Jedi, and Ghostbusters are women.

Apparently there are some who say female fans are overreacting to the movie, and even though people always say that, one Tumblr user responded to argue against the notion:

“You got this larger than life woman acting as an icon for everyone, and for ONCE, this icon is female. Yes, the human race is represented, and idealized, in super heroes. Who are often male. Which says that our idealized self… is male. So Wonder Woman being an idealistic superhero, our perfect self, the human shaped being we want to be… well. She’s female and BY WANTING TO BE HER… we say that there is nothing wrong with being female. […] It’s important for people to feel EXCITED and exhilarated by a super hero who’s not a straight white snarky nihilistic male.”

In other news, Pinboard bought Delicious, which is a weird sentence to say out loud, and even more ironic. The Daily Dot published an article about the history of the two sites, specifically with regards to their use by fans for bookmarking fanfic. The article describes how first Yahoo, then AVOS, made Delicious unfeasible for fans to use for bookmarking fanfic, and when they started moving to Pinboard as an alternative, site owner Maciej Cegłowski made accommodations.

“Cegłowski collaborated with fans to figure out what they wanted, which ranged from basic needs (AVOS had made the “/” sign unsearchable on Delicious, killing the option to search for fanfic pairings) to a crash course in fandom slang and social media habits. […] The site soon became more fandom-accessible than Delicious, offering a dual front page that split Pinboard’s mainstream tech users from the trending fandom bookmarks.”

It might seem weird for Pinboard to buy its main competitor, but The Daily Dot reports that “Delicious’s current owners, Delicious Media, sold the site to Pinboard for a paltry [US]$35,000.” Given that it was once worth an estimated US$15-30 million, that’s quite the bargain.

As a reminder, Archive of Our Own does allow bookmarking of fanworks hosted on other sites (click while logged in). (And the OTW also has a Pinboard account.)

Lastly, Daily Kos put together a blog post about fandom wank as part of a “Readers and Book Lovers Series.” Several scandals are covered, from the big blowups of the 21st century, all the way back to derision shown to original Star Trek fans. (Something about propeller beanies?) It’s an interesting and amusing read, even (especially?) out of context, and the 100+ comments are pretty nifty, too.