This Week in Fandom, Volume 145 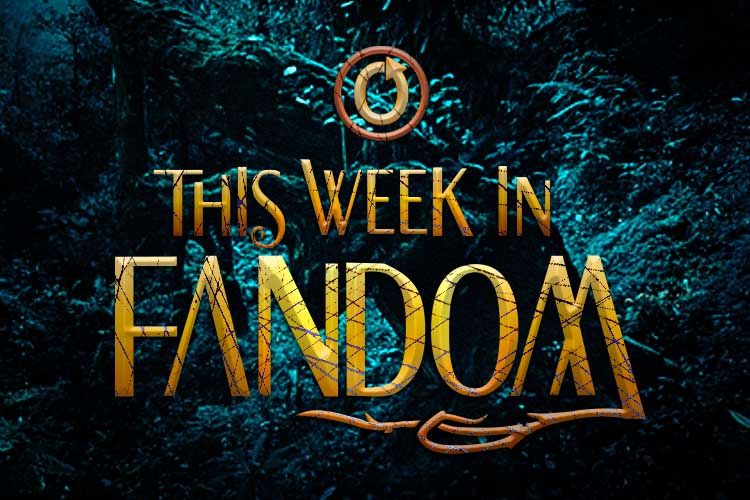 Hello and welcome to This Week in Fandom, the OTW’s roundup of things that are happening! Before we get started, did you watch the Parks and Recreation quarantine special this week? Were you glad to have the opportunity to catch up with Pawnee’s finest, or did the unusual filming conditions make it hard for you to connect? Let us know in the comments!

Okay! This week there was some big news for those of us who were around in fandom in the mid-2000s: yep, that’s right, Stephenie Meyer will be publishing Midnight Sun in August this year. The novel, which was announced via a mysterious countdown on Meyer’s website, will tell the story of Twilight from Edward Cullen’s point of view. The book has a chequered history already: twelve chapters were leaked online back in 2008, prompting Meyer to abandon the project (and post the leaked chapters on her site); in 2015, EL James’ decision to publish Grey (that is, Fifty Shades of Grey retold from Christian’s perspective) prompted a further delay. But in a video broadcast on Good Morning America this week, Meyer confirmed the 2020 publication date and told fans that it ‘didn’t seem right to make [them] wait any longer’. It’s worth noting that this will be Meyer’s second transformative republication (maybe we could call it a remix?) of her own work: Life and Death, a gender-swapped retelling of Twilight, appeared in 2015.

Next up: it was, of course, Star Wars day this week (May the 4th) and Disney decided to mark the occasion not only by getting into a copyright war with fans on Twitter but by making a major announcement about their next big film. Oscar-winner and Thor: Ragnarok director Taika Waititi will direct and co-write a new Star Wars feature. His co-writer will be Krysty Wilson-Cairns, herself Oscar-nominated (and BAFTA-winning) for her work on 1917. The as-yet-untitled film will be Waititi’s second step into the Star Wars universe, after he directed the season finale for The Mandalorian on Disney+. Waititi offered a typically laconic comment on the announcement:

And finally this week, good news for Good Omens fans as Neil Gaiman, Michael Sheen and David Tennant marked the 30th anniversary of Gaiman and Terry Pratchett’s novel with a ‘life under lockdown’ video of Aziraphale and Crowley. The three-minute video, which Gaiman posted to Twitter, records a phone call between the angel and the demon as they each catch up on what the other has been doing at home. Big surprise: Crowley’s bored and Aziraphale is baking. Surely we can all find something to relate to there.

Good Omens the book is 30. This is our present to all of you. It's to make people happy, because too many of us are sad. #GoodOmens30 https://t.co/3q4FVnj3tq

That’s all we have for you this time around: remember to let us know in the comments or via our social media channels if you see an interesting article or news item that you think we should feature in an upcoming TWIF!