This Week In Fandom, Volume 139 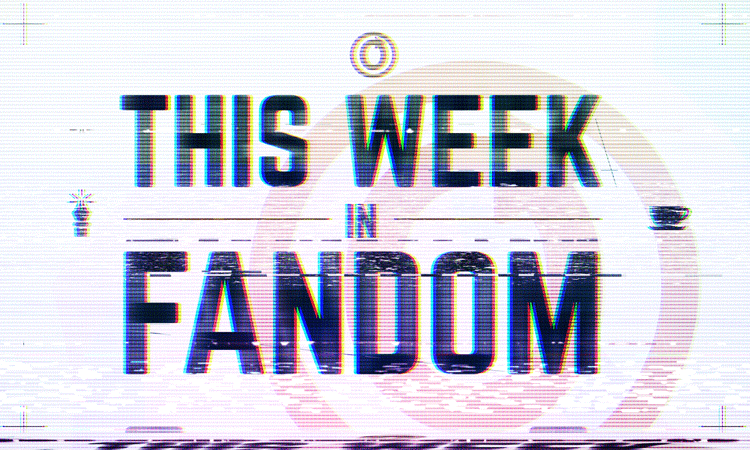 Hello and welcome to This Week in Fandom, the OTW’s roundup of things that are happening. Are you on TikTok? You might have noticed the new fanfiction trope-inspired trend going around, the Soulmate AU! People are experimenting in this beloved Alternate Universe by creating stories around Soulmate-Identifying Marks (words) on their wrists, or seeing the same colour as your soulmate— check out the #soulmateau tag on TikTok to see them. If you had a soulmate-identifying mark or a soulmate colour, what would it be? Feel free to get creative in the comments!

First up: if you enjoyed Thor: Ragnarok and Jojo Rabbit, or if you’re waiting impatiently for Thor: Love and Thunder in November 2021, then you’ll enjoy this bit of news. Taika Waititi is developing a new adaptation of the Roald Dahl classic Charlie and The Chocolate Factory, and another series about the Oompa Loompas, for Netflix! Both series will be animated and Waititi will be writing, directing, and producing them. After winning an Academy Award for best adapted screenplay with Jojo Rabbit, we can’t wait to see what Taika Waititi has in store for us (and hope he’s stocked up on coffee).

Look away if you haven’t seen the most recent Stephen Universe episode In Dreams – spoilers ahoy! The series, which started over 4 years ago and has a recently released tie-in film, is in its last stretch with only a few episodes of Steven Universe Future left before the finale. This week’s episode gets meta as a main character writes fanfiction:  Steven, a fan of the soap opera Camp Pining Hearts, re-invents his favourite TV show by dreaming up fanfiction of it— and (with his new Pink Diamond-related powers) telepathically transfers his thoughts onto his TV. He and Peridot start editing the show in Steven’s dreams to “fix the canon” – your blogger is sure that literally everyone reading this article would like this superpower.

We have good news on the MCU front: Black Widow’s final trailer just dropped! Mark your calendars and buckle up for May 1st, which is a bit less than 8 weeks away! The trailer hinted at two parts of Natasha’s backstory which we’ll probably get to see in the film: her family, and her past in the Red Room — watch the trailer if you want to know more! Natasha’s sister is played by Florence Pugh, and David Harbour and Rachel Weisz have also been announced as cast members. The film will take place in the two years between Civil War and Infinity War, hopefully filling in the gaps with some character arcs and – let’s be honest – fanfic inspiration.

Finally: whoever is running one of Netflix’s twitter accounts, @NXOnNetflix is all of us in spirit with a tweet about fanfiction:

How excited is too excited when your boss asks you to find out if there's "any fan fictions out there about this"?

Are you excited about fandom and fanfiction showing up more often in popular media, or do you prefer to keep your long list of bookmarks a carefully guarded secret? Have you ever talked to your boss about fanfic? Tell us in the comments!