This Week In Fandom, Volume 136 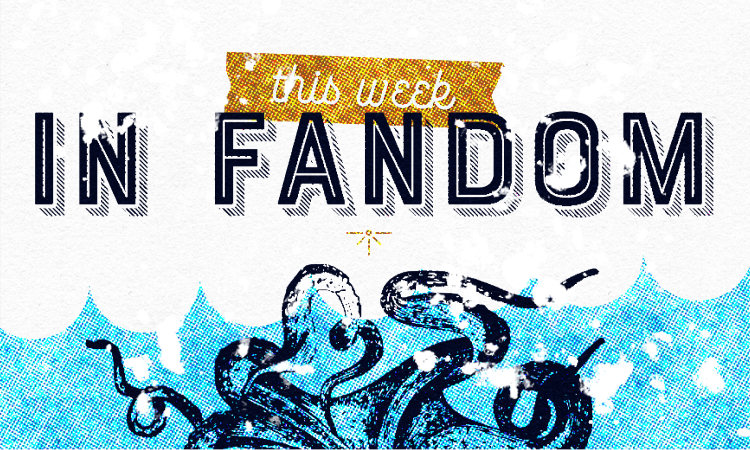 Hello and welcome to This Week in Fandom, the OTW’s roundup of things that are happening. Have you ever written heartfelt love letters to your crushes, and kept them secret? That’s the plot of To All The Boys I’ve Loved Before, which took the internet by storm in 2018, and this week its sequel To All the Boys: P.S. I Still Love You was released on Valentine’s Day. Did you watch it? Are you going to? Feel free to gush and squee in the comments!

Another new item on Valentine’s Day was the publication of an article by the BBC dealing with the backlash around the Sonic the Hedgehog character design and other fan movements, asking whether “fans are too entitled”. The article tackles issues of resistance and incorporation paradigms, what fans want and what fans need, as well as deconstructing the current social climate within fandoms. For example, it compares fan campaigns such as the one to rewrite the end of the Game of Thrones TV series to other more political and discriminatory movements like the abuse directed at Kelly Marie Tran during The Last Jedi, which ended in Tran leaving social media to shield herself from harassment. Academic Suzanne Scott explains that:

“In my view, the relationship between these incidents and our current political moment is completely symbiotic: in retrospect, these incidents seem like a subcultural sign of things to come, but our culture war isn’t a product of fandom. If anything, this moment in fan culture is evidence of how long these culture wars have been waged, and how deeply they permeate our interactions with society, culture, and each other.”

While many fan campaigns seem justified or understandable, with for example Sonic The Hedgehog smashing the box office with a record-breaking $57 million in its opening weekend after fan backlash prompted a redesign, other sub-movements are rooted in prejudice and it’s clear that fandom isn’t a united community. While most of us were excited to see the all-female Ghostbusters reboot or having a black character, Finn, as a major character in the latest Star Wars franchise, a minority of fans felt entitled to voice their discontent at such diversity — and that’s the kind of fan entitlement we don’t like to see.

Extending other people’s universes or characters has been an outlet for longer than you may think. An article in The Atlantic this week explores how fan works, “just as sexual as [those posted] today”, started in earnest back in the 1700s. While the practice of creating transformative works has been around since the beginning of writing stories, journalist Shannon Chamberlain argues that “contemporary fan-fiction writing really got its start, at least in the Anglophone world, in the 18th century”, starting with Jonathan Swift’s Gulliver’s Travels in 1726. She describes fans writing and drawing fanart about Gulliver, using the form to explore social taboos and sexuality, as they did for Samuel Richardson’s 1740 novel Pamela. The article asks what it was about 18th-century fiction that lent itself to this kind of exploration, delves into the fraught relationship between author and fan, and ties it all back to AO3’s 2019 Hugo award. According to Chamberlain, fans sense “an imperative to rewrite better conclusions for their favorite characters. Fan fiction’s role as a collective project in popular ethics was ultimately what the 2019 Hugo Award acknowledged: AO3 may have officially earned the honor, but so did every writer who had ever been bold, brave, or foolhardy enough to share their work with the internet”.

We agree – and we’re pleased to see more work on fandom history, which you can find out more about over at Fanhackers. Who knows, maybe your great-grandparents were writing fanfic?

As readers will already know, Bong Joon-ho’s film Parasite won four Oscars at the recent ceremony and was the first non-English language production to win best picture in the history of the Academy Awards. It’s not surprising then to find a good deal of commentary about the film and its cultural context online.

Tackling issues about the gap between the rich and the poor, Parasite has earned some well-deserved recognition for South Korean cinema. Numerous Twitter threads in the wake of the Oscars ceremony offered recommendations for those seeking to venture further into Korean film, and the country’s film archive contributed to the movement by more than 200 films (with subtitles!) available on their YouTube channel for free.

Happy viewing, and let us know your favourite movies in the comments!