This Week in Fandom, Volume 135 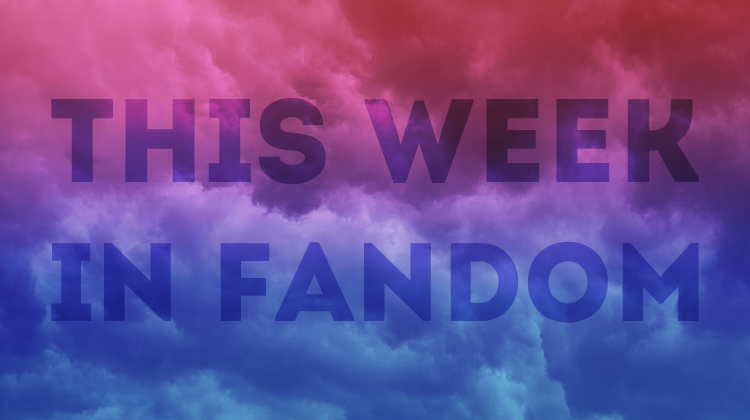 Hello and welcome to This Week in Fandom, the OTW’s roundup of things that are happening. We have a varied bunch of news items for you this week but first, have you taken a look at the OTW’s International Fanworks Day activities? IFD is coming up on Saturday 15th and we have an #IFDrabble challenge running right now. We’d love for you to get involved!

The big news across the entertainment industry this week was, of course, the Oscars ceremony, held in Los Angeles on February 10. Bong Joon-ho’s Parasite became the first foreign-language film to win the Best Picture award and picked up three other statuettes in the process, giving the director the opportunity to indulge in a little Oscar/Oscar shipping. We love to see it.

There were plenty of other highlights to the night: from Rian Johnson’s carefully selected cufflinks to Taika Waititi surreptitiously stashing his award under the seat in front of him (and Brie Larson capturing the moment on camera). Joaquin Phoenix won Best Actor for the title role in Todd Phillips’s Joker, making him the second actor to collect an award for playing the character (after Heath Ledger’s posthumous prize in 2009). And as always, the fashion was on point, with Janelle Monae and Billy Porter working what we’ve decided to label fantasy chic:

when wizards from different factions convene a council because there is great turmoil in the land pic.twitter.com/TBnHZ5zDHf

Sad news this week as MediaWest*Con announced in a WordPress post on February 4 that they would be canceling what was due to be their 40th annual convention due to a lack of interest: ‘advance memberships are at an all-time low and show no sign of improving’. The con, which has run every year since 1981, was the largest fan-organized media convention in the USA, eschewing paid guests in favor of providing a space for SF/Media fans to hold workshops and panel discussions, read and distribute fanzines, and game. The Fanlore entry on the history of MW*C details activities at the con throughout its lifespan including a series of awards ceremonies and competitions rewarding fan creativity, as well as recording reminiscences from fans who attended across the span of its history.

We talk a lot about movie and television fandoms in TWIF but The Guardian has a nice article this week about the online communities that have underpinned the success of stage musicals Dear Evan Hansen, Be More Chill, and Six, a London production about the wives of King Henry VIII. Chris Wiegand speaks to cast members on all three musicals about their interaction with fanworks including cosplay, videos, and art (pointing out that ‘fan art of the actors in character hangs in the bar’ at the theatre where Six is currently playing). He comments on the youth of the shows’ primary audience (suggesting that Be More Chill struggled on Broadway as ‘a teen musical… with wallet-hurting prices’) but ultimately concludes that the issues which they address have ‘cross-generational’ appeal.

A less earnest type of fan production in evidence over at SyFyWire, where an article anticipating the upcoming Sonic the Hedgehog movie devotes space to a much-beloved fan creation: Sanic Hegehog. William Moo offers a potted history of a character who first appeared ten years ago on a YouTube video, crudely drawn (Moo calls him ‘deformed’) and yet somehow able to endear himself to the fan community. The article observes that Sanic’s adoption by Sonic’s creators (he appeared on ‘a limited-run clothing line in 2018’) has been divisive, as is often the case when fan culture crosses the fourth wall into officialdom, and suggests that the character says something about the freedom and unselfconsciousness of fan creation: ‘fans messed up Sonic’s looks long before the studio did – and they managed to own up to it with no shame’. Long live Sanic, say we.

And finally, we have a survey request! Researchers at the University of North Carolina, Charlotte, are conducting a research study into people’s experiences in fandom with the idea of evaluating how fandom practices could be used in high school classrooms. The study involves a questionnaire. Responses will remain anonymous and the only requirements for participation are that respondents are at least 13 years old and consider themselves members of a fandom. You can find more information and complete the questionnaire here. Your responses will help shape the growing body of knowledge about fandom and could influence future classroom practice! Thanks for your participation.