This Week In Fandom, Volume 131 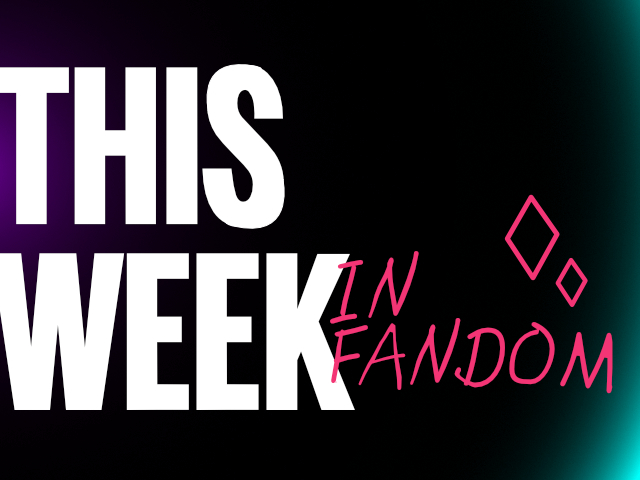 Hello and welcome to This Week in Fandom, the OTW’s roundup of things that are happening. Before we start, the Oscar nominations were released yesterday. What do you make of them? Let us know in the comments!

Our ‘OTW in the news’ radar was set off this week by Kaitlyn Tiffany’s charming piece in The Atlantic, ‘The Early Internet, Explained by One Weird Celine Dion Fan Site’. Tiffany interviews Yury Toroptsov, the creator of Celine Dreams, a website which ran from 2001 to 2011 and on which Toroptsov encouraged fellow fans to submit their dreams about Dion for his (public) interpretation. At Celine Dreams’ peak, Toroptsov was a BNF in online Celine Dion fandom; but the piece is more than a portrait of his particular experience. Instead, it takes the website as the jumping-off point for an exploration of online fandom culture’s transient quality. Tiffany mentions the Yahoo Groups closure, points out that Celine Dreams is only available via the Wayback Machine’s limited record, and gives a shoutout to the OTW’s efforts to preserve fan culture. She reminds us that Tumblr, a key fan platform through the 2000s and 2010s, ‘did not start collecting and collating data about fandom’ until 2013. This is important, Tiffany argues, despite the apparent triviality of the subject matter: ‘By itself, a website devoted to (possibly fake) dreams about Celine Dion is perhaps not our most urgent archival task. But in aggregate, fan sites like Toroptsov’s provide a valuable history of the ways web 1.0 users exercised fandom to provide their daily lives with context and color.’ The history of fandom and the history of the internet are closely entwined; we should do what we can to preserve them both.

There have been further developments this week in the scandal which has been rumbling on since just before Christmas at Romance Writers of America (RWA), the major professional body for authors and publishers of romance fiction. For those of you who aren’t already following on Twitter with popcorn in hand, CNN has a handy summary of what’s been happening. In brief, a story that began with romance novelist Courtney Milan calling out racism in someone else’s book (but perhaps, in fact, began some time before that with the increasingly vocal and urgent discourse around the diversity problem in the romance genre) has culminated in the RWA abandoning its yearly awards ceremony, losing much of the sponsorship for its annual convention and, just this week, seeing its President and Executive Director resign. The whole thing is worth reading up on in detail, not only for fans of the romance genre nor for the significant number of authors who write both fanfiction and romance, but for everybody interested in issues around diversity, fiction (particularly women’s fiction), and the publishing industry.

Evidence (if you needed it) of the mighty power of fanfiction: No Man’s Sky, Hello Games’s space exploration survival game, was in the news this week as popular memester Internet Historian reported the story of its development in his latest YouTube video. The first 45 minutes are relatively standard fare; but the final section includes a dramatic reading of a piece of erotic RPF fanfiction from 2015, starring the game’s creator Sean Murray. It didn’t take long for the video, released on 8 January, to come to Murray’s attention, whereupon he gave it an enormous publicity boost by tweeting it out to his 258,000 followers with the instruction to absolutely definitely not watch the thing:

UNDER NO CIRCUMSTANCES WATCH PAST THE 45 MIN MARK

They do say all publicity is good publicity and certainly, ‘My Evening Interview at Hello Games’ has given No Man’s Sky a boost, with the game rising to third on the Steam download charts.

Perhaps RPF writers should be applying for work in video game marketing. We hear that the interview process is particularly rewarding…

And finally, have you always wanted to see a (sort of) human-looking Yoda? Of course you have. Enjoy.