This Week in Fandom, Volume 130 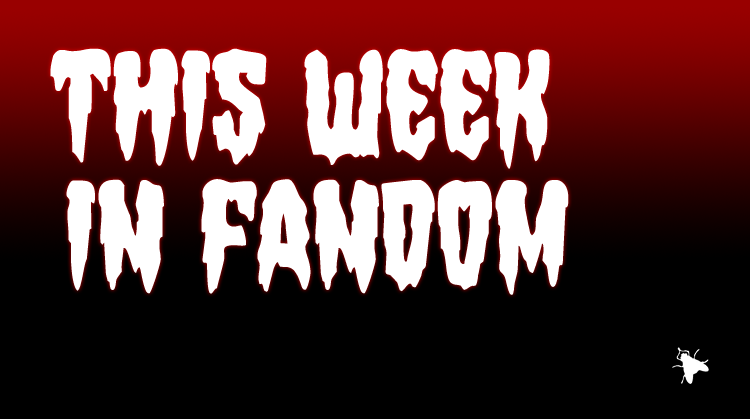 Welcome to This Week in Fandom, the OTW’s roundup of things that are happening! A happy new year to everyone from all of us at OTW – and yes, we spent some extra time on AO3 over the holiday season. With that said, we did take a few (a very few) minutes off to celebrate:

Around 5am UTC (midnight on the US East Coast) enough people paused their fanwork consumption, however briefly, to cause a dent in our traffic graph. 🎊🍀🥂

Happy new year to all of you, and thank you for all your support! ❤️ pic.twitter.com/SmzczNlxNb

It seems that the media world kept busy too: much of what’s contained in Vox‘s 10-year retrospective of fandom in the 2010s will be old news to fans, but its mention of “toxic fandom” – or as we call it around here “fandom wank” – connects it to several better articles including ‘The Purest Fandom Is Telling Celebrities They’re Stupid’ in The Atlantic, a nuanced and even affectionate take on the difference between insulting the thing you love and actual fandom wank, and ‘Will Furries Ever Go Mainstream?’ in Rolling Stone, which talks broadly and non-judgementally about aspects of furry culture including the space for neurodiverse and LGBTQ+ people, kicking out Nazi and alt-right members, and how the SFW and NSFW sections of the subculture interact. “So maybe the question isn’t whether we’ll ever accept furries; maybe the question is why they would ever want our acceptance to begin with,” author EJ Dickson notes near the end while condemning respectability politics. If this is a new trend in reporting for 2020, we’re on board.

In other news Steven Moffat continues to be Steven Moffat, declaring that the Dracula of his and Mark Gatiss’s recent BBC adaptation (also screening on Netflix) is “bi-homicidal”, not bisexual. Perhaps we ought to be used to this behaviour from the Moffat & Gatiss duo by now, even after comments Gatiss made back in October highlighting Dracula’s queerness. To cleanse your palate, Digital Spy published a short piece about the history of queerness in Dracula and its adaptations.

The show itself premiered in the UK over New Year to weakening acclaim, with many viewers suggesting that the three-episode run started strongly but stuttered to a less convincing halt. Gavia Baker-Whitelaw’s review of the first two episodes in the Daily Dot offers a wry (and spoiler-free) account of where this version fell flat; but as always, the most pointed reviews come from Twitter:

one of them has style and flair, creates an atmosphere, and radiates an unspeakable amount of intense sexual energy, the other is bbc dracula pic.twitter.com/KRClEx1UbA

Whether or not this latest transformation of Stoker’s original worked for you, the Dracula fandom is still alive (undead?) and we’re likely to see more fanworks appearing in the near future – maybe even featuring more of Sister Agnes, the mastermind nun who’s probably the BBC series’ best contribution to fanon.

And finally: the song everyone has had stuck in their head from The Witcher. The series, based on Andrzej Sapkowski’s books, was released on Netflix to mixed critical reviews but plenty of fan support – and the song, a first draft earworm written in-universe by the bard who follows Geralt around in an attempt to make him more popular, has stolen the show.

There have been so, so many covers already. The top 3 YouTube videos have nearly 20 million views. Yes, it’s on in the background right now. We’re sorry. (We’re not sorry.)

So, what shows did you watch or fanworks did you consume over the holidays? Tell us in the comments!