This Week in Fandom, Volume 118 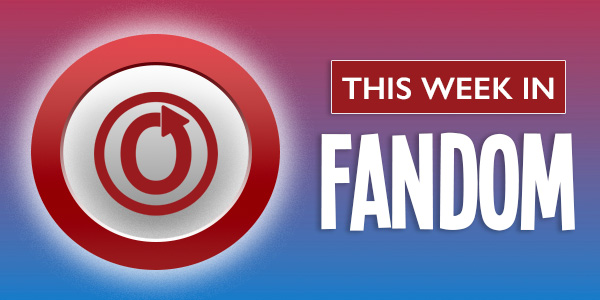 Welcome to This Week in Fandom, the OTW’s roundup of things which are happening! Before we start, we’ve got a bit of a “Monday paper” edition today after the madness of SDCC, so I wanted to mention that we accept suggestions for this roundup. Just contact Communications with a story you think we should cover. Submitting something doesn’t guarantee that we’ll include it, but we welcome all submissions!

There’s a new book coming out about music fangirls, reports an article from Vice. The book, called Fangirls: Scenes From Modern Music Culture, is written by Vice music writer Hannah Ewens, and is “based on hundreds of original interviews with girl and woman music fans.”

The article is sure to point out that music fangirls aren’t just a fringe element of music culture, but, rather, are right at its heart:

The book gives fans unprecedented space to speak, putting the narrative about them into their hands for one of the first times ever. It is also a personal narrative, as Hannah’s own journey as a fan is interspersed with the narratives of the girls and women whose paths it resembles. Throughout, in its warm but fundamentally profound approach to fans and fandom, the book gives readers exactly what its subtitle promises: “Scenes from Modern Music Culture.” It’s important that this is taken in its widest possible context. Fangirls don’t just speak for small niches of music culture – they are music culture.

Elsewhere, The Washington Post is talking about childless adults defending their choice to visit Disney theme parks. This comes in response to a New York Times article about how some people think that’s weird. The person writing the Washington Post article gets it, though: “For the record, and in the sake of journalistic transparency, the writer of this very article is an adult without children who has visited Walt Disney World many times. She does not believe this is weird.”

As the article points out, Walt Disney World publishes an adult guide to its parks, and there are blogs like this one dedicated to the topic as well.

For [blogger Nikida Metellus] and other millennial friends — many who don’t have kids — the parks are full of happy memories and comforting familiarity. They enjoy reliving some of the experiences from their youth, with the added bonus of adult perks like “drinking around the world at Epcot,” Metellus said.

“I don’t think they’re weird,” she said. “We all just think that Disney is made for everyone who wants to go there and have a magical time.”

Lastly, there’s a new article from Harvard Business Review about intellectual property law and “the experience economy.” The tl;dr is that copyright and trademark holders are increasingly hosting their own property-related experiences, such as pop-up ice cream shops to promote Stranger Things, while also shutting down attempts to do similar things by members of the public, even though there’s “shaky legal foundations” for doing so. It’s an interesting read about the implications of the future of “geeking out” activities.