This Week in Fandom, Volume 113 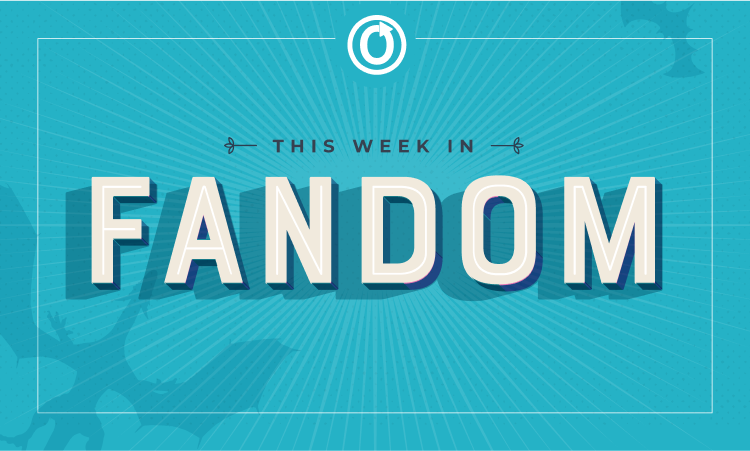 Welcome to This Week in Fandom, the OTW’s roundup of things which are happening! Before we start, did you miss E3 this year? If so, don’t worry, there are plenty of roundups of the big stories from the expo. Happy gaming!

One of the big pieces of news to break this week was the story that author Suzanne Collins is writing a Hunger Games prequel. According to Cnet, the book will “explore the state of nature, who we are, and what we perceive is required for our survival” with a story set 64 years before the already-published trilogy.

There’s been lots of buzz around the announcement. There’s already a movie adaptation in the works, according to Rotten Tomatoes. Some fans are speculating about which characters the story might feature. Others are expressing trepidation about an author returning to a completed series, comparing the situation to JK Rowling’s additions to the Harry Potter series.

What do you think? Are you excited for the return to Panem? Is this bringing back memories? Let us know in the comments!

In other news, June is Pride Month, in case you missed it, and this week saw a lot of bold stories being told by fan favourites. Youtuber Dan Howell came out of hiatus to post a video titled “Basically I’m Gay”. Star of the series Queer Eye, Jonathan Van Ness, recently came out as nonbinary. And Eugene Lee Yang of The Try Guys released a dance video titled “I’m Gay – Eugene Lee Yang.”

Fans have reacted with enthusiasm and support to these announcements. If you’re on Tumblr, you’ve probably seen this celebratory post on your dash recently. Some fans have even been making fan art. There’s also been a swell of donations to The Trevor Project as part of a fundraiser run by The Try Guys. It looks like Pride 2019 is shaping up to be a great month.

Lastly, let’s have some fun with memes. Soompi recently published a list of the most iconic BTS memes. From “The Jam Incident” to “Lachimolala,” they’re all there. Which is your favourite? Let us know in the comments!