The Archive of Our Own Reaches Ten Million Fanworks! 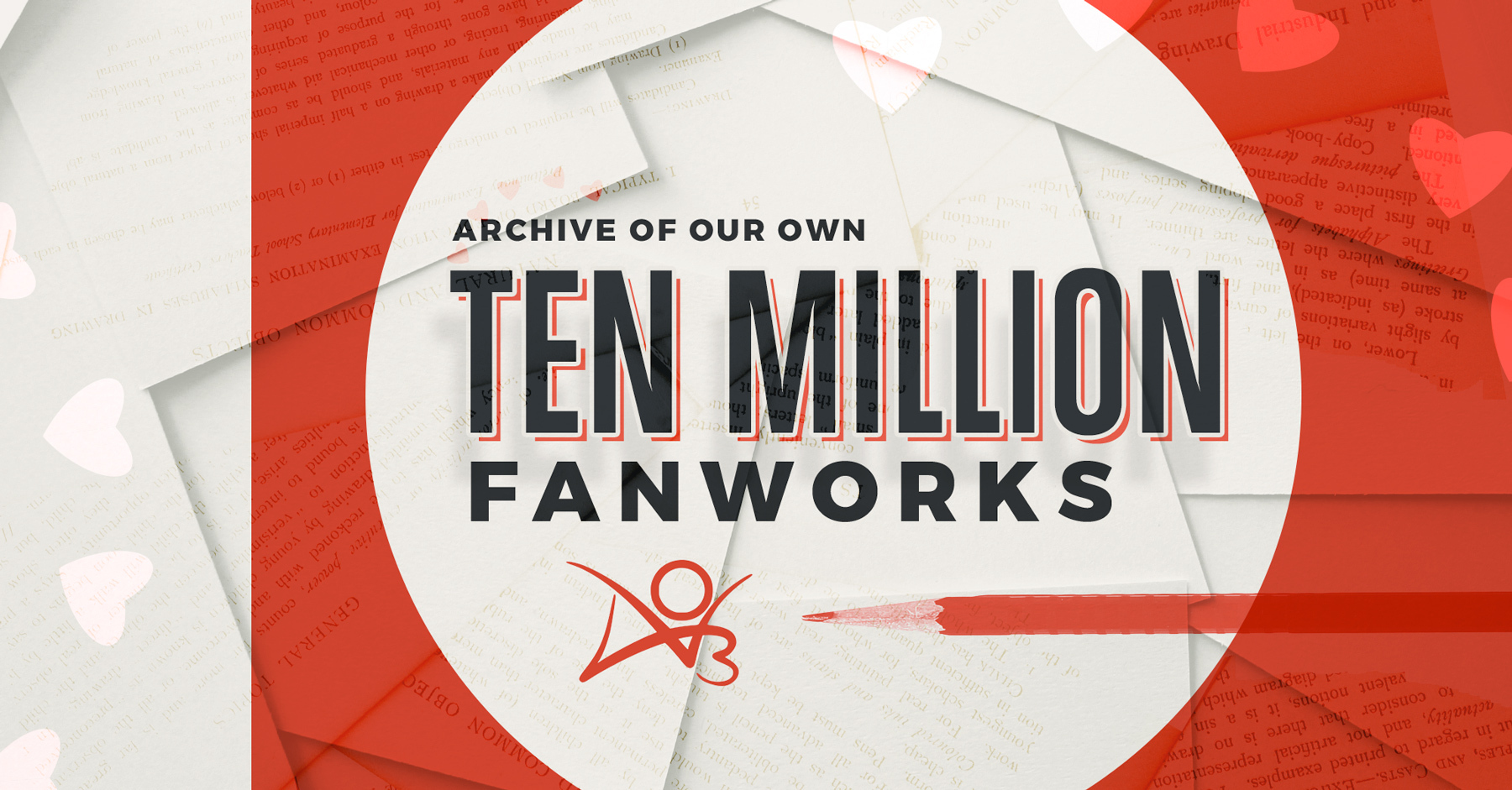 It’s been a year of milestones for AO3 and the OTW. In 2022 alone, we’ve reached not only ten million works but also five million registered AO3 users, 50,000 canonized AO3 fandom tags, and the OTW’s fifteenth anniversary. We are forever grateful to our dedicated creators and users for the support and enthusiasm you’ve given us over the years.

Thank you to everyone who’s helped us grow to this point. We can’t wait to see what you continue to create and share!