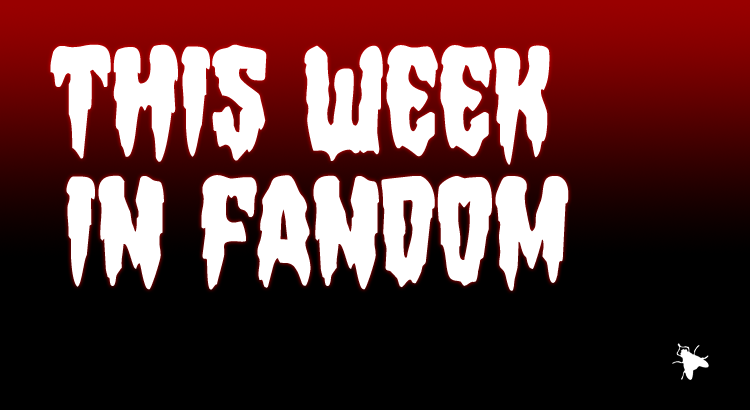 Welcome to This Week in Fandom, the OTW’s roundup of things that are happening! A happy new year to everyone from all of us at OTW – and yes, we spent some extra time on AO3 over the holiday season. With that said, we did take a few (a very few) minutes off to celebrate:

Around 5am UTC (midnight on the US East Coast) enough people paused their fanwork consumption, however briefly, to cause a dent in our traffic graph. 🎊🍀🥂

Happy new year to all of you, and thank you for all your support! ❤️ pic.twitter.com/SmzczNlxNb

END_OF_DOCUMENT_TOKEN_TO_BE_REPLACED

Welcome to This Week in Fandom, the OTW’s roundup of things which are happening! Before we get started, did you see Paul Rudd’s Halloween costume? Feel free to post your thoughts on this or any other stand-out celebrity costumes in the comments!

First up, David Benioff and Daniel Weiss, the co-creators and showrunners of Game of Thrones, have been causing controversy this week. During an appearance at the Austin Film Festival, they recounted the history of the HBO show’s development and made a series of admissions which have had many fans and fellow writers up in arms. A Twitter thread by @ForArya, in attendance at the session, described the pair making statements about their experience (“we didn’t really have any”), the problems with their initial pilot (“everything we could make a mistake in, we did”), and their decision to remove many of the books’ fantasy elements (“we didn’t just want to appeal to that type of fan”). END_OF_DOCUMENT_TOKEN_TO_BE_REPLACED

Welcome to This Week in Fandom, the OTW’s roundup of things which are happening! Before we start, are you participating in Inktober this year? Or are you more focused on getting ready for NaNoWriMo? Maybe both? Let us know in the comments!

One of the big stories this week is the upcoming near-closure of Yahoo Groups. According to an article from The Daily Dot, “After [October 28], users won’t be able to upload any new content. Then on Dec. 14, virtually everything stored on Yahoo Groups (files, photos, links, polls, conversations, etc.) will be erased, although you’ll still be able to join and email groups—all of which will now be private. Basically you have two months to trawl through your old Yahoo Groups posts and save the important stuff.”