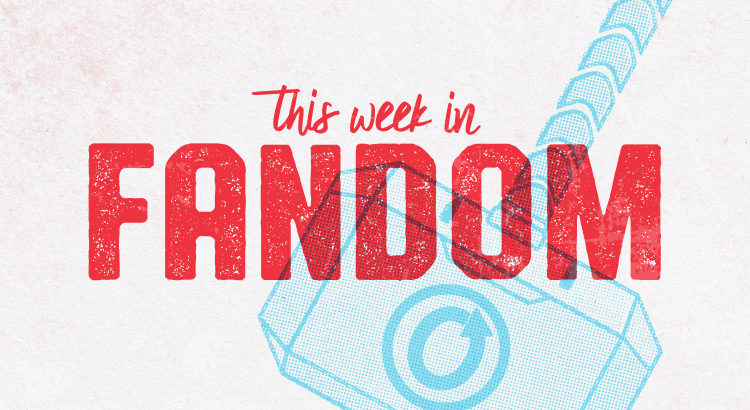 Okay – on to Comic-Con. Marvel Studios took advantage of their Hall H panel on 20 July to announce more details about their upcoming Disney+ streaming series, cast details for some movies that we knew were coming, and some new titles which hadn’t been revealed before. Highlights included news that Natalie Portman will rejoin the MCU for the fourth Thor movie, Love and Thunder, written and directed by Thor: Ragnarok‘s Taika Waititi. In a storyline based on Jason Aaron’s Thor: God of Thunder comics, Portman’s character Jane Foster will be wielding Mjolnir as ‘female Thor’. END_OF_DOCUMENT_TOKEN_TO_BE_REPLACED

Annalise Ophelian (@dr_ophelian) is a documentary filmmaker, clinical psychotherapist, and consultant based in San Francisco. She’s the creator of Looking for Leia (LookingForLeia) a docuseries about girls and women in Star Wars fandom. END_OF_DOCUMENT_TOKEN_TO_BE_REPLACED

Welcome to This Week in Fandom, the OTW’s roundup of things which are happening! Before we start, did you catch all the news from GamesCom this year? If not, don’t worry, Polygon has a roundup of the major stories. New graphics cards, shooters, and cyberpunk, oh my!

There’s some potentially distressing news for fans of the new series of Star Trek movies. According to Forbes, negotiations have faltered with Chris Pine and Chris Hemsworth for the fourth movie. Chris Pine, of course, plays central character James T. Kirk, while Chris Hemsworth plays his father.