Jennifer Duggan is Associate Professor of English at the University of South-Eastern Norway, a Harry Potter fan, and author or co-author of numerous articles and book chapters on children’s and youth literature and media, fandom, multilinguality, multiliteracies, and social difference. Today, Jennifer talks about researching fan demographics in the Harry Potter fandom.

I suppose that depends on how you define both terms!

When I was a kid, I has a string of obsessions. At my youngest, I identified heavily with a string of male characters (Peter Pan, Cody from The Rescuers Down Under, Luke from Star Wars), often dressing as them and/or refusing to answer to my own name. I reread and rewatched favourite books and films so many times that I had to purchase new copies, because the old ones would fall apart or stop working. Whenever I was given money to buy practical things, like clothing, I would spend the least possible on what I was supposed to purchase (usually at second-hand stores) and use the rest on books.

I also used to collect objects, trading cards, and images related to favourite series, like Sailor Moon. Later, with some books/films/shows, including Harriet the Spy, The X-Files, and Anastasia (the animated film), my sister, one of our best friends, and I would do extensive background research. We’d write each other newsletters, write sequels/prequels/episodes, and draw or print out fan art and images, all of which we kept in binders that we took with us whenever we visited each other. (We still pull them out sometimes and read our works to each other, which inevitably ends in hysterics.) I suppose in some way, we knew of organized fandom even then, because we used fan sites as sources for images, but I don’t think we realized that we could actually participate. But we didn’t need to, because we had our own tiny fandom, and it was perfect.

END_OF_DOCUMENT_TOKEN_TO_BE_REPLACED

Hello and welcome to This Week in Fandom, the OTW’s roundup of things that are happening. Before we get started, did you know that this week marks one year since the Game of Thrones season finale? Yes, it has been an extremely long year. In any case, fans marked the occasion on Twitter with exactly the enthusiasm that those of us who do remember those dusty days of 2019 might expect.

Disconcerting times for many of us this week as the New York Times published an article about the Omegaverse (or ‘wolf-kink erotica’, as the headline writer has it). The (paywalled) piece, which includes interviews with OTW staffers Rebecca Tushnet and Kristina Busse, addresses the topic in the context of a lawsuit brought by one romance novelist, Zoey Ellis, against another, Addison Cain. Cain issued DMCA takedown notices against Ellis’s work, costing her (Ellis says) money and readership, on the basis of plot similarities which will be very familiar to anybody who’s dipped a toe (or indeed, a whole joyful limb) into the waters of A/B/O:

In both books, Alpha men are overpowered by the scent of Omega heroines and take them hostage. In both books, the women try and fail to suppress their pheromones and give in to the urge to mate. In both books, the couples sniff, purr and growl; nest in den-like enclosures; neck-bite to leave “claim” marks; and experience something called “knotting,” involving a peculiar feature of the wolf phallus.

END_OF_DOCUMENT_TOKEN_TO_BE_REPLACED 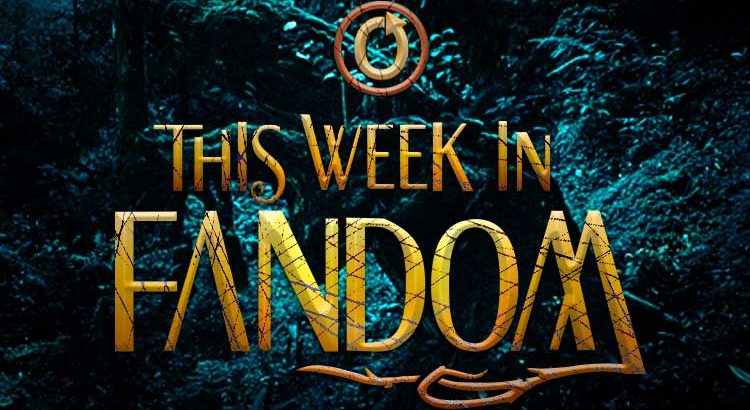 Hello and welcome to This Week in Fandom, the OTW’s roundup of things that are happening! Before we get started, did you watch the Parks and Recreation quarantine special this week? Were you glad to have the opportunity to catch up with Pawnee’s finest, or did the unusual filming conditions make it hard for you to connect? Let us know in the comments!

Okay! This week there was some big news for those of us who were around in fandom in the mid-2000s: yep, that’s right, Stephenie Meyer will be publishing Midnight Sun in August this year. The novel, which was announced via a mysterious countdown on Meyer’s website, will tell the story of Twilight from Edward Cullen’s point of view. The book has a chequered history already: twelve chapters were leaked online back in 2008, prompting Meyer to abandon the project (and post the leaked chapters on her site); in 2015, EL James’ decision to publish Grey (that is, Fifty Shades of Grey retold from Christian’s perspective) prompted a further delay. But in a video broadcast on Good Morning America this week, Meyer confirmed the 2020 publication date and told fans that it ‘didn’t seem right to make [them] wait any longer’. It’s worth noting that this will be Meyer’s second transformative republication (maybe we could call it a remix?) of her own work: Life and Death, a gender-swapped retelling of Twilight, appeared in 2015. END_OF_DOCUMENT_TOKEN_TO_BE_REPLACED