OTW Fannews: Where fanfic is (and isn’t) going 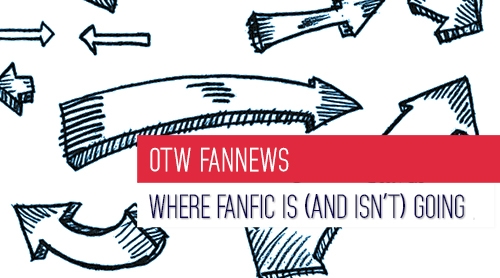 What changes (or lack thereof) have you seen in fanfic? Write about it on Fanlore! Contributions are welcome from all fans.

We want your suggestions! If you know of an essay, video, article, podcast, or link you think we should know about, comment on the most recent OTW Fannews post. Links are welcome in all languages! Submitting a link doesn’t guarantee that it will be included in an OTW Fannews post, and inclusion of a link doesn’t mean that it is endorsed by the OTW.