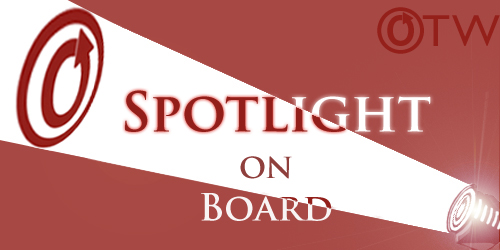 Along with the Strategic Planning committee and delegates from the Legal and Volunteers & Recruiting committees, the OTW Board of Directors had a productive and encouraging retreat in Silver Spring, Maryland this past weekend. We packed a lot of intense discussions into three days of meetings, and it was also a welcome opportunity to meet some of our colleagues in person. The Strategic Planning committee in particular put in a lot of work before and during the retreat, and we are very grateful for their efforts and for everyone’s participation.

The Board of Directors is disappointed to announce that Anna Genoese resigned her position with the OTW after the conclusion of the retreat. We would like to thank Anna for her service on the Board and to the OTW. Director Andrea Horbinski will be taking over Anna’s role as Secretary of the Board for the remainder of the 2014 term.

Minutes for the retreat are available on the OTW website. As is apparent from the minutes, the Board is developing some ambitious goals to improve the OTW’s policies and procedures over the next one to three years, and we look forward to implementing them with the assistance and input of our staff, volunteers, and members. We know that there have often been questions about the OTW’s long-term viability, but each and every one of the retreat participants left Maryland genuinely convinced that none of our goals exceed our grasp as an organization. We’re very excited for the future of the Organization for Transformative Works, and to build that future in cooperation with you.

In the short term, Strategic Planning and the Board are scheduling wrap-up meetings to take place in the next couple of weeks, after which preparation of the draft Strategic Plan will begin in earnest. Once that draft has been completed, it will be circulated to OTW personnel for comment and feedback before being finalized.