Below are a series of comparative images demonstrating quality differences between DVD-ripped and screen captured source. All images were made from the opening scene of the 2009 Star Trek reboot movie; captures were made with the Replay Video Capture software demonstrated at the Library of Congress “tech day” hearings.

You may notice that the first of these images — the captured image of Captain Robau (as seen in the top half of Image A) — is not bad; in fact, screen capture software works all right for low-motion, low-contrast shots (for example, of people standing still or just talking).

However, as we see in the top half of Image B, capture software works poorly in bright light or for high contrast shots. Image B is essentially the same static shot as in Image A, but it comes after an explosion — a sudden flash of bright light — and pixellation of the image is immediately evident.

Similarly, Image C shows the same footage cropped and resized: a common technique to change the composition of or emphasis in a the frame, and further degradation is evident.

Images D through I below also show the loss of quality incurred capturing clips in scenes with more contrast or internal movement.

So in a typical movie, very few captured frames would have even the barely acceptable quality that we see in Image A. (And vidders and other fan remixers tend not to use static shots of people talking in any case; in fact, to do so is a sign of inexperience and derided by vid critics with slang terms like “Talky-Face” or “Lip Flap.” )

Image A: Captain Robau of the USS Kelvin: the top image was captured, the lower image was ripped. 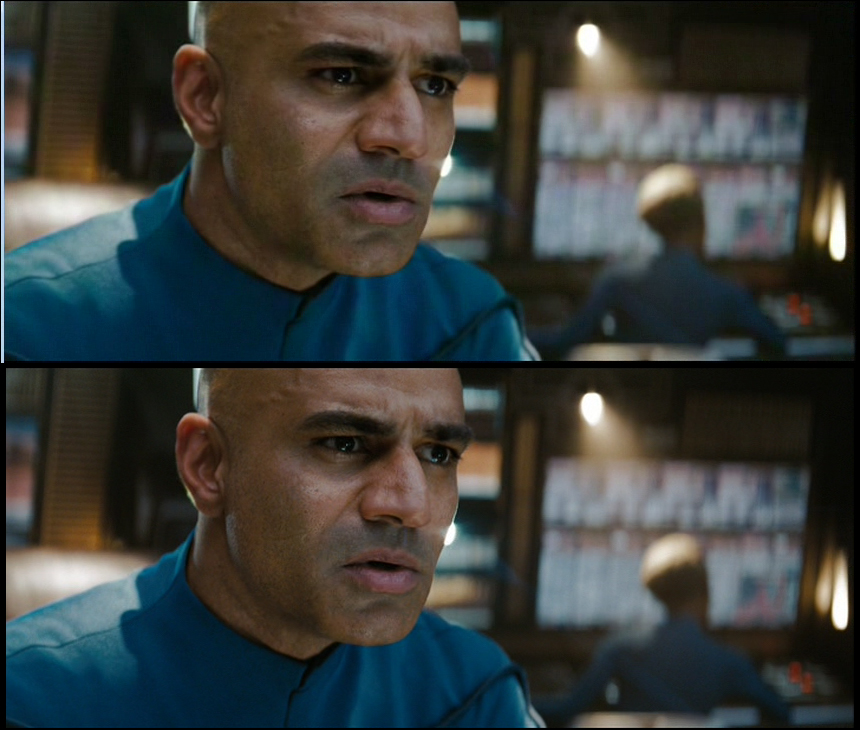 Image B: Captain Robau of the USS Kelvin as seen after a flash of bright light; top image captured, lower image ripped. 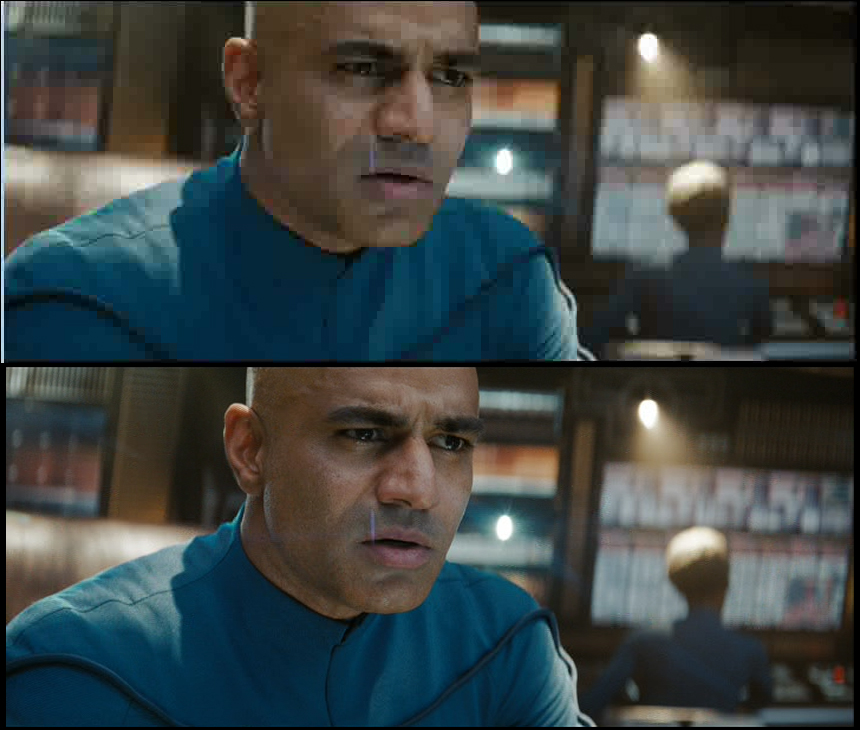 Image C: Captain Robau, cropped and resized. As you can see, this has a severe effect on captured image quality; the ripped DVD footage stands up much better. Top image captured, lower image ripped. 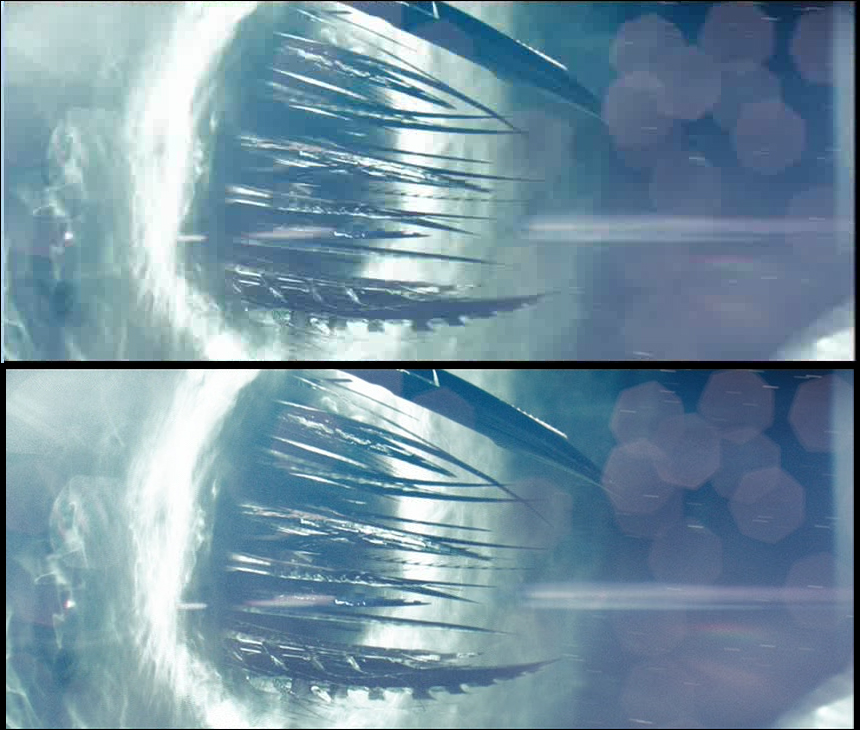 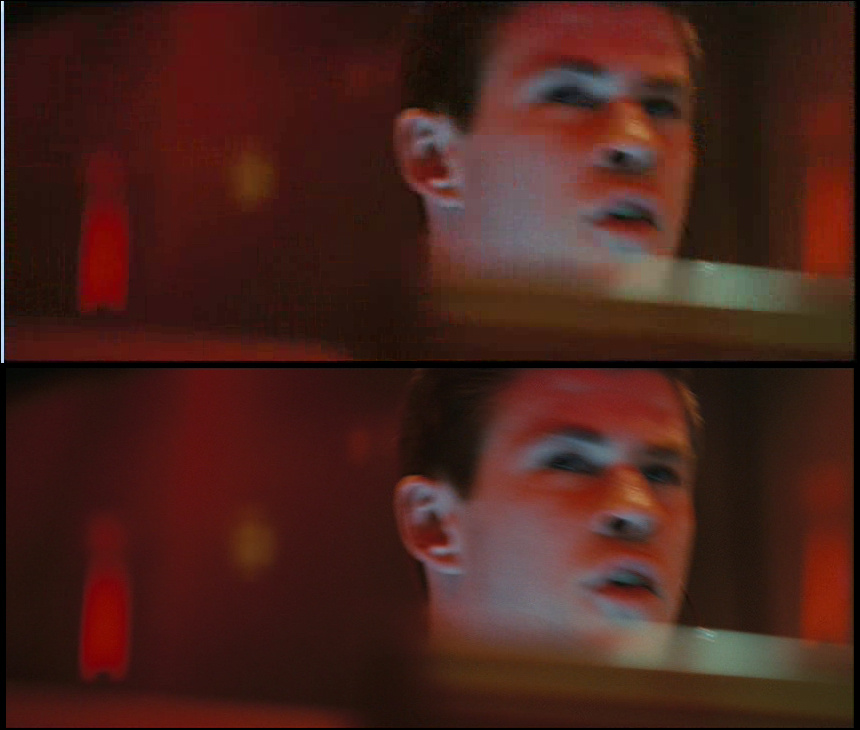 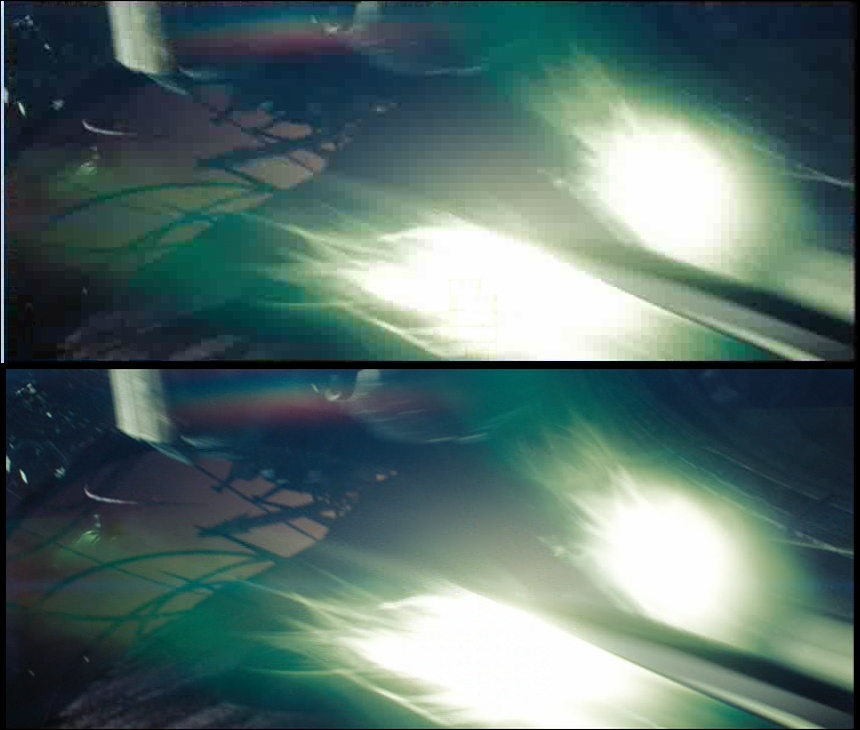 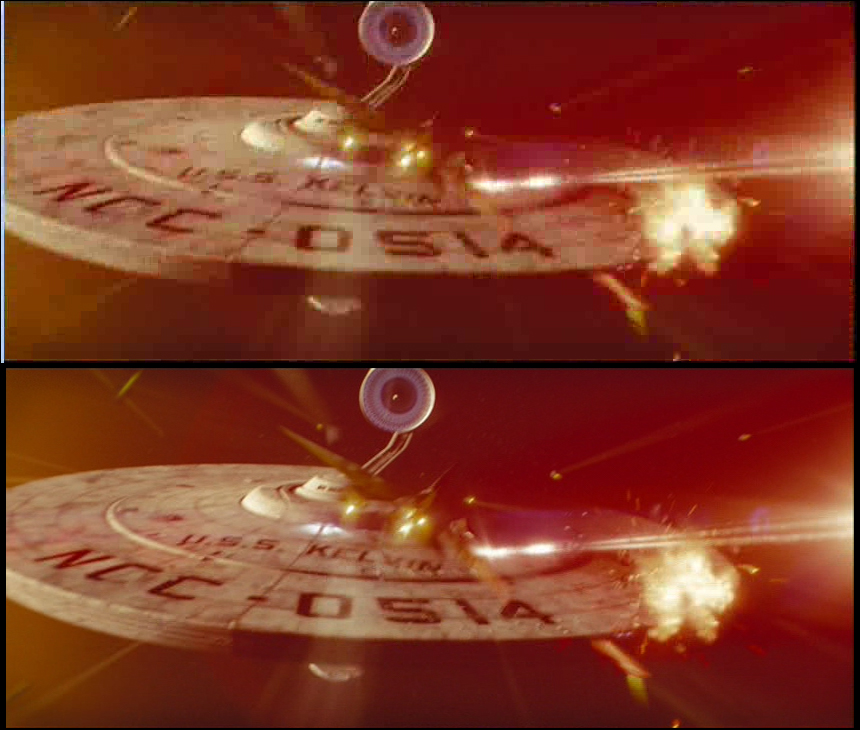 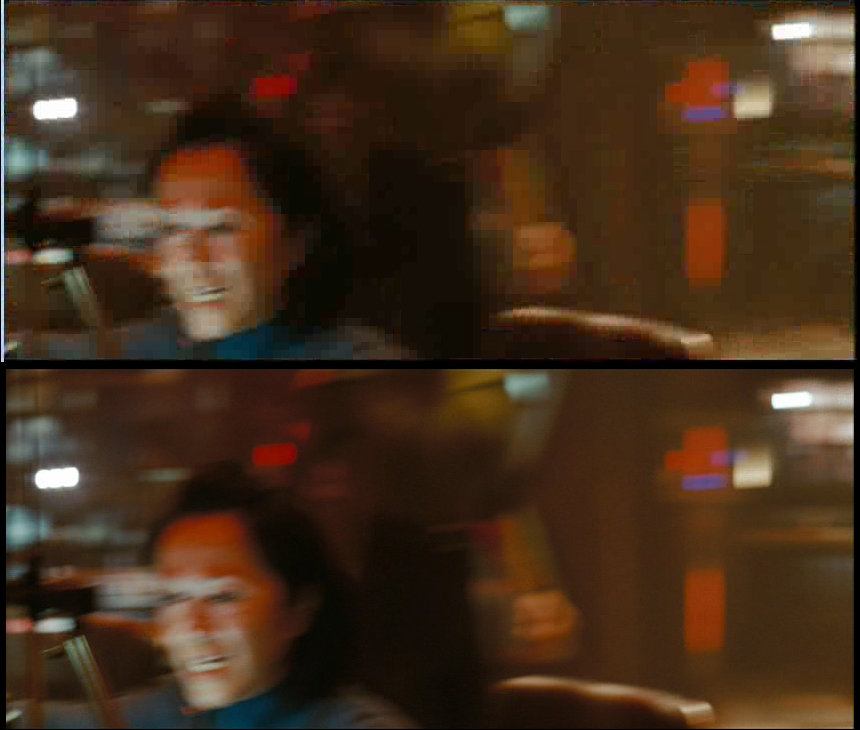 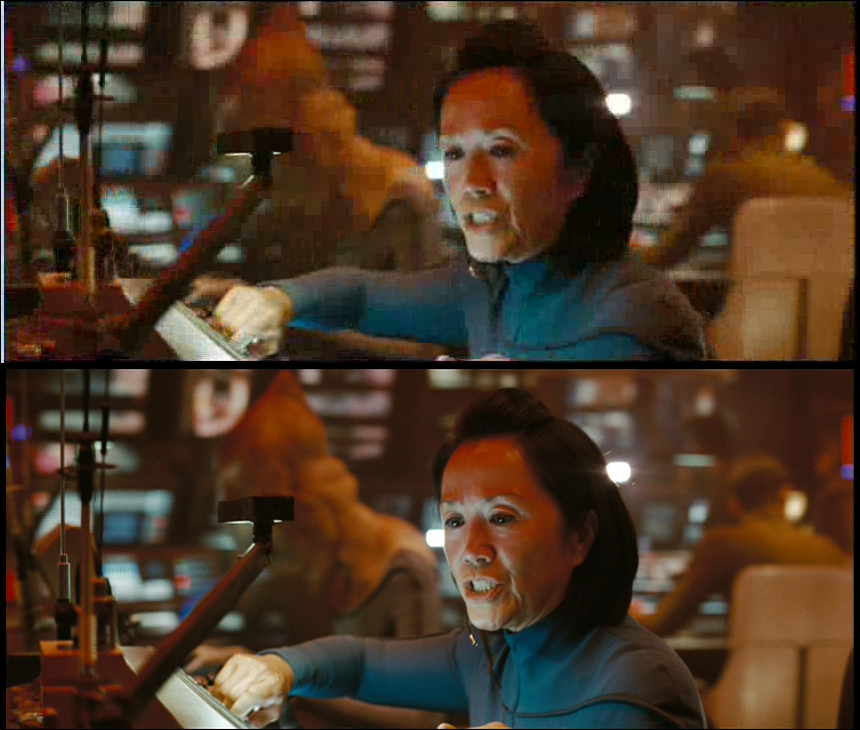 Return to the Test Suite of Fair Use Vids