Fannish Next of Kin 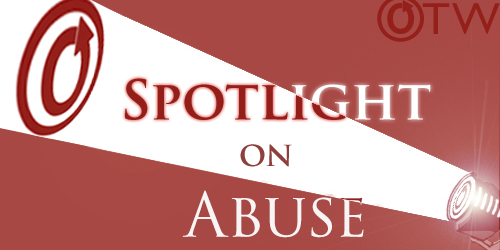 Thinking about your own death is difficult under normal circumstances. But what happens when you consider the effect it would have on your identity as a fan? If you’re like a lot of us, it probably comes with a moment of panic:

“What happens to all my fanworks?!”

Or possibly: “What happens if my mom–or my partner, or my kid–finds my fanworks?”

There’s no doubt that having a significant, distinct online identity–which may have websites, blogs, fanworks, email addresses, and social media accounts–adds a level of emotional and legal complexity to the real final frontier: death.

RIP … but keep the kudos coming?

What is your expectation for your fanworks and accounts after your death? What do you want to have happen to them? In at least one case, fans made the decision: In 2007, fans and friends of fic author Thamiris, who died earlier in the year, donated money to an effort to preserve her website and make her LiveJournal account permanent. Fanlore has a profile of the author and the effort.

For most of us, though, whether your online presence is simple or complicated, someone will have to deal with your electronic trail. With this in mind, in 2012 the U.S. government recommended having a social media will, a document which can be used by people of other nationalities as well. An online executor would be responsible for the closure of email addresses, social media pages, and blogs and would carry out the final wishes of the deceased.

But again, that may still be a bracing prospect if your executor is not a fellow fan and will have to decide what to do with the explicit Destiel fic you posted in 2010.

Identifying next of kin for AO3

With that in mind, the Archive of Our Own has an option to name a Fannish Next of Kin–someone who would gain access to your account in case of death or incapacitation. By naming another individual who can act on your behalf, you can decide ahead of time how you want your AO3 accounts handled going into the future.

Maybe you want your works preserved; maybe you want them orphaned or deleted; maybe you want to have them open to remixes and related works. Whether your fannish identity departs with you or keeps on keeping on–that’s a choice you can make. Learn more about how the Fannish Next of Kin works.

A Fannish Next of Kin can be part of your bigger plan for your social media will, and can ensure that your readers have someone to contact in case of questions about that unfinished WIP or whether or not their favorite work will get a sequel. However you want your works handled, this option will allow you to have a plan in place.