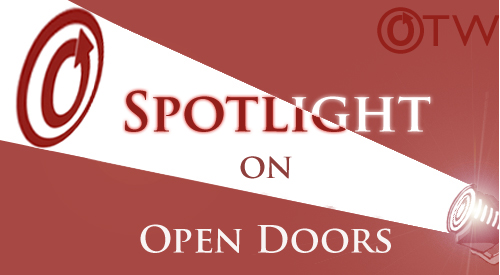 Watchmen Kinkmeme, a Watchmen fanfiction archive, is being imported to the Archive of Our Own (AO3).

Watchmen Kinkmeme is a fanfiction archive for the film/comic Watchmen hosted on LiveJournal. Beginning in 2008, the archive was initially for anonymous kink-based fiction, but has grown to include all genres of Watchmen fanfiction. While the original archive will not close, The Watchmen Kinkmeme is being imported to AO3 by the moderator, Sail, for its preservation and to organize the archive and lend better searchability.

Open Doors will be working with Sail to import Watchmen Kinkmeme into a separate, searchable collection on the Archive of Our Own. As part of preserving the archive in its entirety, all fanfiction currently in the Watchmen Kinkmeme will be hosted on the OTW’s servers, and embedded in their own AO3 work pages.

We will begin importing works from Watchmen Kinkmeme to the AO3 after January.

END_OF_DOCUMENT_TOKEN_TO_BE_REPLACED

Side by Side, a Star Trek e-zine for fanfiction and fanart, is being imported to the Archive of Our Own (AO3).

END_OF_DOCUMENT_TOKEN_TO_BE_REPLACED

Open Doors is pleased to announce the completion of 11 archive import projects in 2018, a total of nearly 12,000 works, bringing the total number of works preserved over the lifetime of Open Doors to just shy of 100,000! We hope that you will find old and new favorites in the collections listed below.

MTAC was an NCIS fanfiction archive for all characters and pairings, including crossovers, founded in 2006.

Find works at the MTAC AO3 collection. For more information about the archive and its move to the AO3, see the MTAC announcement post. To learn about the history of the archive or share some stories of your own, check out the MTAC Fanlore page. END_OF_DOCUMENT_TOKEN_TO_BE_REPLACED