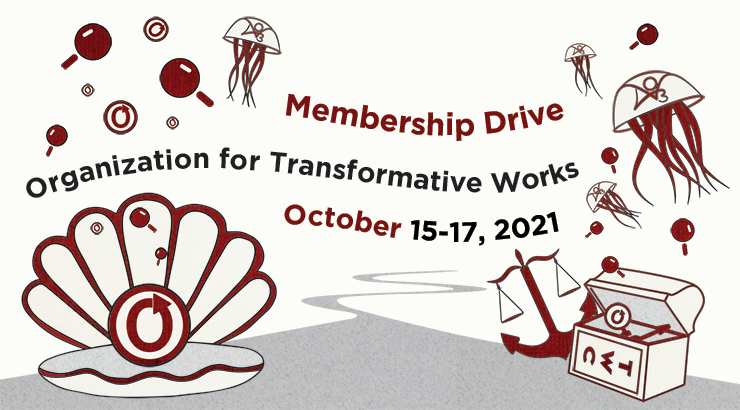 The Organization for Transformative Works’s October membership drive is over, and we’re delighted to say that we raised a total of US$195,009.65, far outstripping our goal of US$40,000. This was made possible by the generosity of 6700 donors from 77 countries worldwide, of whom 4786 chose to begin or renew OTW membership. We are so grateful, as always, for our global community. Thank you! Your support enables us to continue working in service of our mission: to further the interests of the fans we represent by providing access to and preserving the history of fanworks and fan culture in all its many forms. END_OF_DOCUMENT_TOKEN_TO_BE_REPLACED

The Kirk/Spock Fanfiction Archive, a Star Trek fanfiction archive focusing on the relationship between Kirk and Spock, is being imported to the Archive of Our Own (AO3).

The Kirk/Spock Fanfiction Archive was built on the eFiction software platform, which hasn’t been updated since 2005. In its current version, it is no longer supportable, nor supported by the developer, and is subject to constant security attacks. The archive moderator felt that the Archive of Our Own offered the best path forward to preserve these works.

The purpose of the Open Doors Committee’s Online Archive Rescue Project is to assist moderators of archives to incorporate the fanworks from those archives into the Archive of Our Own. Open Doors works with moderators to import their archives when the moderators lack the funds, time, or other resources to continue to maintain their archives independently. It is extremely important to Open Doors that we work in collaboration with moderators who want to import their archives and that we fully credit creators, giving them as much control as possible over their fanworks. Open Doors will be working with Killa to import The Kirk/Spock Fanfiction Archive into a separate, searchable collection on the Archive of Our Own. Eventually links to the old site will redirect to the collection on AO3, which can be searched and filtered in order to locate individual imported works.

We will begin importing works from The Kirk/Spock Fanfiction Archive to the AO3 after July 2021.

END_OF_DOCUMENT_TOKEN_TO_BE_REPLACED

The Legal committee of the Organization for Transformative Works (OTW, the AO3’s parent organization) worked with the Archive of Our Own team to update AO3’s Terms of Service (ToS). This update is focused on data privacy, and on explaining in more detail how we process the data you give us while you use AO3. Below, you can read a summary of the changes. There’s also a full version of the updated ToS available for your review (HTML, PDF, Word).