Of special interest to German fans, as well as other fans in the EU.

Germany is working on implementing Article 17, which makes significant changes in European copyright law. This has created an exciting opportunity to clarify that fan fiction is legal under German copyright law.

The German government has sent a draft bill to the two houses of Parliament. The final vote is planned for the beginning of May. The government proposal makes clear that nonprofit websites like the Archive of Our Own should not be required to get licenses from copyright owners, as commercial websites like Facebook and YouTube will have to do. The draft bill also proposes to explicitly legalize fan fiction, fan art, and many other transformative works, as part of the EU exception for “caricature, parody and pastiche”. END_OF_DOCUMENT_TOKEN_TO_BE_REPLACED 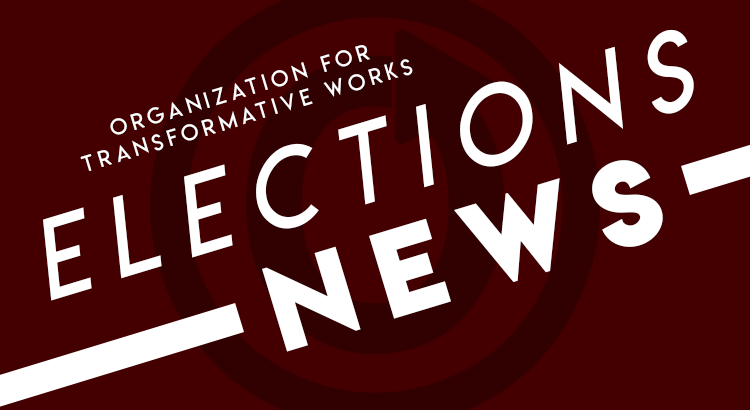 The OTW Elections committee is pleased to announce that the timeline for the 2021 election for new members of the Board of Directors has been posted!

This year’s election will be held on August 13-16. This means that the deadline for staff to declare their candidacy is June 18.

As usual, the election membership deadline is June 30. If you’re interested in voting, please make sure your membership is active as of that date. Please note that your donation receipt will be dated in US Eastern Time, so if your donation is listed after 19:59 on June 30, 2021 on the receipt, you won’t be eligible to vote. If you are unsure whether your donation was made before the deadline, please contact our Development and Membership Committee by using the contact form on our website and selecting “Is my membership current/Am I eligible to vote?”. END_OF_DOCUMENT_TOKEN_TO_BE_REPLACED

That’s right: International Fanworks Day is over for another year, and we at the Organization for Transformative Works want to thank everybody who participated in our scheduled events.

This year we chose to focus on lesser-known fandoms, characters, pairings and fanworks. We’re grateful for everybody who created new works on this theme and posted them on social media under the #IFDChallenge2021 hashtag, or on Archive of Our Own using our International Fanworks Day 2021 tag. Make sure to go and check out everyone’s creations: you might find a new fandom, encounter a new pairing or be introduced to a character you’ve never considered before. END_OF_DOCUMENT_TOKEN_TO_BE_REPLACED