Archive of Our Own Server Naming Festival!

ETA: Nominations are now closed. Thanks for your suggestions! Watch this space for the opportunity to vote on the final picks!

Thanks to the wonderful generosity of fandom, we’re upgrading the servers for the AO3! Our original two servers are being joined by four more, bringing more storage space, more power and more speed, all paid for through fannish donations to the OTW. We think this calls for a celebration!

The Archive will have some downtime while we swap over to the new servers. We know that this will leave some of you twiddling your thumbs – we’d love it if you could harness some of your unused fannish energy to help us name the servers! We’re looking for fitting fannish names which will celebrate the wonderful fannish community and creativity the servers will host. 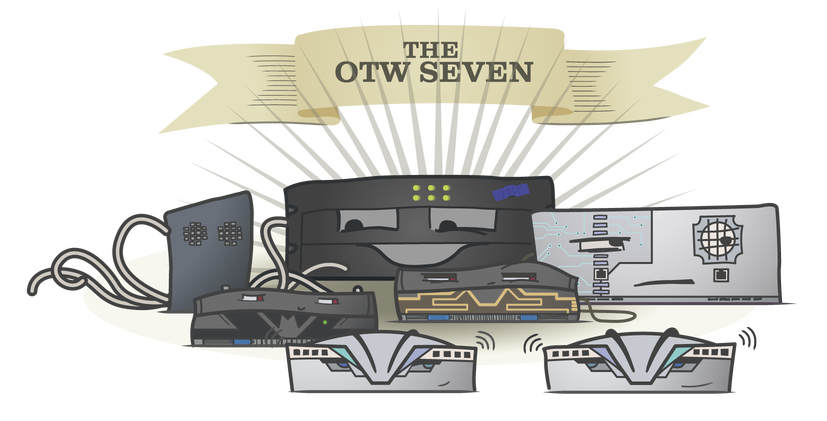 We need names for our six servers and their trusty switch: check out Meet the Machines to find out more about them!

We want names which suit the machines and which reflect the fannish community they belong to: powerful, international, and brilliant! We’d like it if their names reflected the percentage of awesome women in fandom (although we think they have a whole variety of gender identities, just like fans).

How it will work

We’ll have three periods of downtime while we install the servers – we’ll be taking nominations for names during the first two, and we’ll open voting during the third.

We invite all fans to submit the suggested names during this period! You can suggest just one name, or you can submit a full set of seven names (maybe with a theme!). Optionally, you can give a short explanation of why the name[s] would fit / where they come from. This would be particularly appreciated if the name is drawn from a less well-known source, particularly if it is a source not in English (we would LOVE some names from sources not in English and our nominations panel will be international, but sources in languages other than English are harder to research).

There are seven machines to be named- please let us know which machine you would like the name to go to. You can see their full details in Meet the Machines – in your entry please use the short names below:

You can submit names in the following ways:

Nominations should be in the following format:

Elsie – DB – She was the best sister in ‘What Katy Did’, and the cleverest!

A shortlisting panel made up of committee members from International Outreach, Accessibility, Design & Technology, Communications & DevMem will review the nominations and make up a shortlist. The shortlist will be based on the most-nominated names, but we will also give consideration to names which reflect under-represented areas of fandom.

We’ll post the list of shortlisted names on the OTW blog at transformativeworks.org and ask people to vote for their favourites. The seven names with the most votes will be our winners!

The winning names will be announced by 26 February.

The servers belong to fandom as a whole, and we hope that lots of people will join us in finding the right names for these fantastic machines. They are fandom’s servers, and we think it’s only right that fandom should name them.

The servers are the big prize, but we like giving out presents! We can’t give goodies to everyone (alas), but every entry will be entered into a prize draw for lovely OTW goodies! Winners will be contacted through the same venue they submitted their entries, and will need to provide a valid postal name and address in order to claim their goodies.

Go forth and name!

We can’t wait to see what names fandom comes up with! And once the servers have names of their own, it will be that much easier to create fanworks about them…