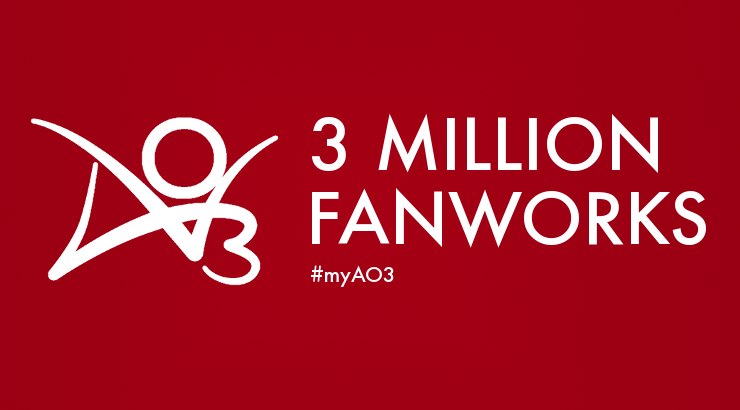 The Archive of Our Own is thrilled to announce that it is now home to 3 million fanworks! This amazing accomplishment could not have happened without the support and engagement of you, our incredible users.

A bit of history about the Archive:

And now, less than a year and a half after reaching 2 million fanworks, we’re celebrating 3 million! The past decade has been an incredible journey, and the AO3 has grown more than we ever could have hoped back when it first started.

It’s the people who make the Archive of Our Own what it is. Our more than 1 million registered users–and countless unregistered users–are some of the most enthusiastic and passionate folks around, giving so much of themselves in the works, comments, and kudos that they share. So we want to hear your stories. What does AO3 mean to you?

You can share your answer in a word. You can share it in an essay. In a drawing. A song. However you want to celebrate your experience, we want to know about it. Leave a comment or use the hashtag #myAO3 on social media so we can hear what you have to say.

Three million thank yous to everyone who helped the Archive get to where it is today!

2017-04-28 Retired Personnel
Announcement, Archive of Our Own