At the start of 2013 we posted about the AO3’s growth in 2012. Those numbers showed new milestones in total works, total fandoms, total collections, total Support tickets answered, and total account users.

At the time we said, “While we still have a large body of users awaiting accounts, currently around 10,000, this is down significantly from the 30,000+ that we saw through the latter half of 2012, and we hope to decrease the wait further in 2013. It seems likely that Archive use will continue growing strongly this year, possibly even repeating 2012’s feat of more than doubling its user base.”

And it has! As of yesterday the Archive passed 200,000 users. By March the wait for an account dropped to 24-48 hours and we’ve been averaging about 500 new users a day.

For those who are feeling nostalgic, you may want to take a look back at a post recapping the AO3’s first year in open beta.

The site went through a 3000% increase in users that first year and an equally phenomenal jump in content. Yet today we gain more users each day than we started with in 2009.

While account holder statistics are good to know, there are many more people using AO3 than currently have accounts. Whether this is because they’re random visitors, casual users, or don’t find the benefits of an account appealing, we still have some clues that they’re stopping by. For example, in the month of July the AO3 served pages to 3,663,572 unique IP addresses. So even if everyone with an account was using 5 different locations to access us, that’s an awful lot of non-account visitors!

Another clue comes from the amount of bandwidth we’re using. From just over 5 terabytes served in January we used 7.9 in July. If that pace keeps up we’ll have doubled our use this year.

We’ve also been able to see the many countries that people are clicking in from. We’ve counted over 60 countries with simultaneous user activity over the past several months (including Denmark, Kenya, Jordan, Cambodia, Bosnia and Herzegovina, and Uruguay, just to name a few at random), and many more with at least a handful of visitors this year. 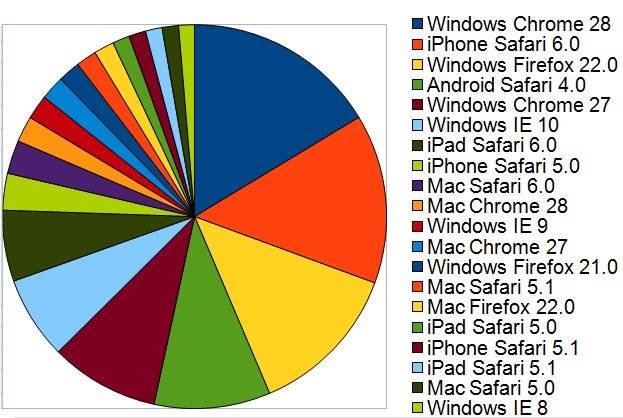 Here’s a quick look at the growth in certain actions on the site.

The number of users we’ve watched grow over the years is dwarfed by the much larger amount of commenting and bookmarking activity. In the chart below the red line below barely seems to increase compared to the growth in commenting activity this year (green line). 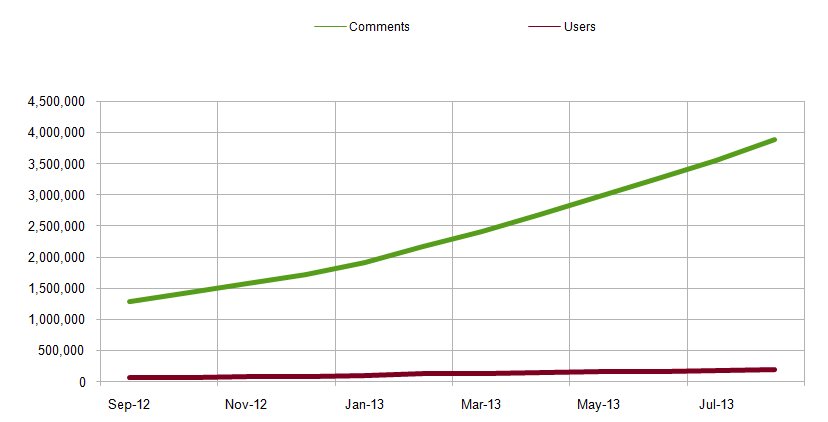 Because the scale of growth is so different for these two actions we can also look at actual numbers taken from the graph below. Comment growth has been somewhat less than that of bookmarking (yellow line). In July there were 299,849 comments left and 438,746 bookmarks added. But both are far less than the growth of kudos (orange line) which is often used by people who don’t have accounts or aren’t logged in. There were 1,544,028 kudos given in July 2013 alone.

We welcome all our new users, whether they use an account or not, and hope that they enjoy their time on the site! If you’re hesitant to get an account because of long wait times, don’t forget that our automated invites should arrive within two days of your request. If you don’t see it, please check your spam folder and make sure that @archiveofourown.org is whitelisted.

Mirrored from an original post on AO3 News. Find related news by viewing our tag cloud.

2013-08-28 admin
Announcement, Archive of Our Own Accessibility, Design, & Technology