Every month in OTW Signal we’ll take a look at stories that connect to the OTW’s mission and projects, including legal, technology, academic, fannish history, and preservation issues that are important for fandom, fan culture or transformative works.

Fans of animanga works, especially those producing doujinshi, have reason to cheer the outcome of a Japanese court case in October. The case turned on whether a derivative creation, in this case a doujin magazine, would be protected by copyright. The plaintiff had produced some Yuri!!! On Ice, Tiger & Bunny, and Mr. Osomatsu fanart. Someone else then reproduced that fanart for profit. The fan creator then sued claiming copyright infringement and demanded compensation. In the first trial, the court ruled that “there is not enough evidence to recognize that it is an illegal secondary work” and ruled in favor of the fan creator.

The case was then appealed to Japan’s Intellectual Property High Court. They upheld the lower court ruling. In short, the decision was that “since the cartoon character itself is ‘not a work’, even if the original character is made to appear in the doujin magazine, it does not constitute copyright infringement by itself.”

END_OF_DOCUMENT_TOKEN_TO_BE_REPLACED 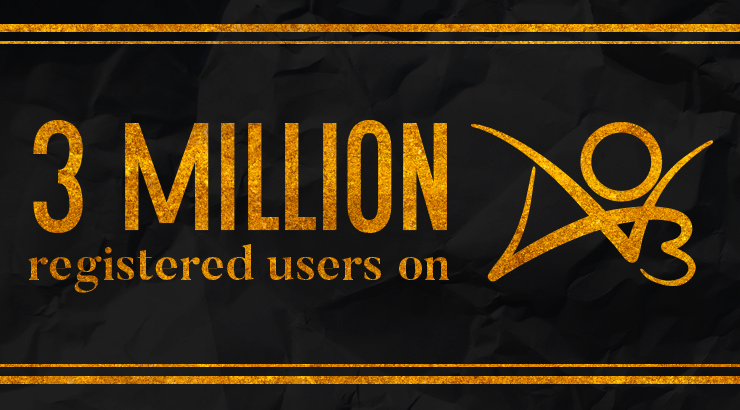 The Organization of Transformative Works is pleased to announce that the Archive of Our Own has now passed 3 million registered users!

We absolutely could not have done this without all of you, our users, both registered and unregistered alike, and we cannot thank you enough for helping us to achieve this mind-blowing milestone. END_OF_DOCUMENT_TOKEN_TO_BE_REPLACED

Rawhide-fic, a Rawhide fanfiction archive, is being imported to the Archive of Our Own (AO3).

The fandom for Rawhide, a show from 1959 about a cattle drive, is small but enduring. This collection of stories dates back to the year 2003 when the rawhide-fic group was created on Yahoo Groups for members of the fandom to share and talk about the stories they created around this never-ending cattle drive. When Yahoo Groups announced that it was closing down, the group began looking for a new trailhead.

Open Doors will be working with Grey Lupous to import Rawhide-fic into a separate, searchable collection on the Archive of Our Own.

We will begin importing works from Rawhide-fic to the AO3 after November.